Vaper’s tongue happens unexpectedly. The term vaper’s tongue is used to cover a wide range of taste-related ailments from going off a single individual flavor that you used to like loss of taste in the tongue. Sometimes, it happens just days after trying out a new flavor. However vaping is better than smoking, rest assured it is not a medical condition. The causes are simple explanations, and knowing them can help you alleviate it sooner, rather than later. Duration of the condition may last for one to three days. 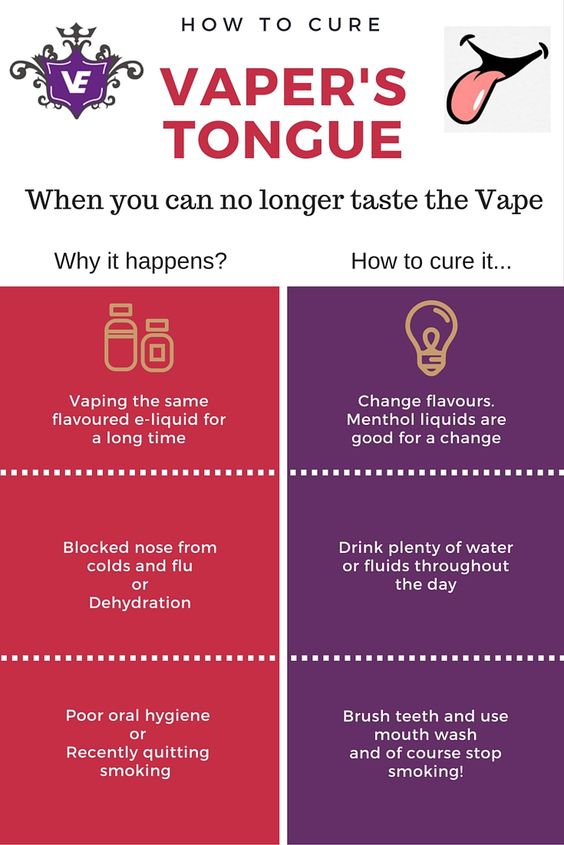 A SYMBOL OF QUALITY

Here at Vapor Pimps we pride ourselves on having the industry’s highest quality premium e-liquids. Our facility is a state of the art facility. That is FDA registered. We are a member of the A.E.M.S.A. (American E-liquid Manufacturing Standards Association) and use all Good Manufacturing Practices. With a registered clean room lab to mix, batch, test and bottle all of our e-liquids. We pride ourselves on custom handcrafted e-liquid. Unique and one of a kind flavors that are not just "off the shelf" flavors. All of our flavors are custom blended. Made right here is the USA (California). Where we use only the highest quality USP Grade ingredients and produce amazingly flavorful and robust flavors.